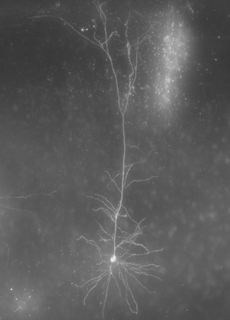 The citizen consensus captured a substantial portion of the final reconstruction. Nearly all of the citizen’s tracings were usable for the final product. The areas that were generally not captured in the consensus were areas where the neurite was coiled and windy (due to tissue drying during processing). It is possible that these areas were more difficult to agree on trajectory and so did not make it into the citizen consensus. In some cases, neurites were also not followed to completion. The green portions are the player created traces. The other colors were from the final trace determined by the scientists. Red is axon, blue and purple are basal and apical dendrites. Any long, continuous paths of non-green generally indicate that players missed tracing those paths. 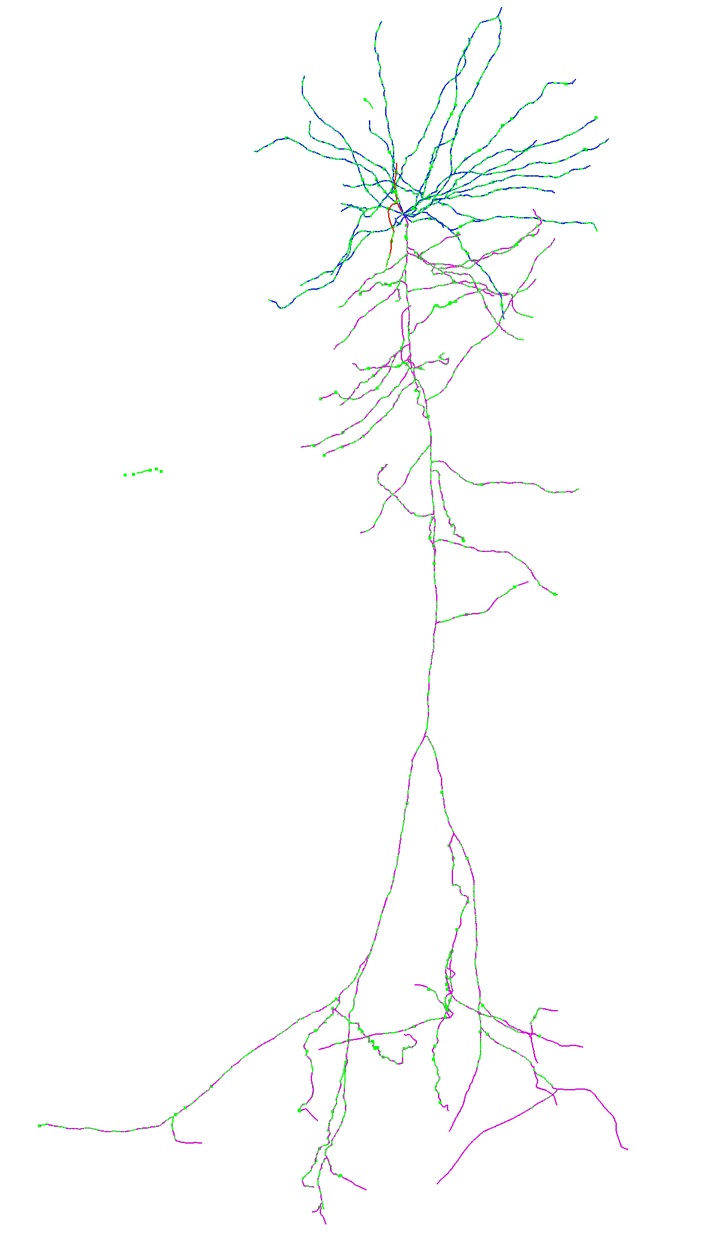