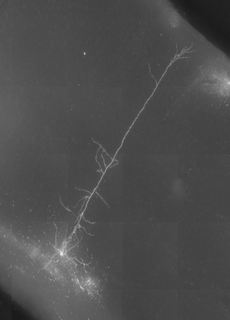 The consensus reconstruction did an okay job with capturing the dendrites, but had issues with accurately capturing the signal; the tracing was often close to, but not on the signal. There were also similar issues with corkscrewing and overlapping branches. There was another cell on the slice, which was reconstructed partially by the pia, and some noise by the soma, which was also reconstructed, that is not included in the gold standard. The green portions are the player created traces. The other colors were from the final trace determined by the scientists. Red is axon, blue and purple are basal and apical dendrites. 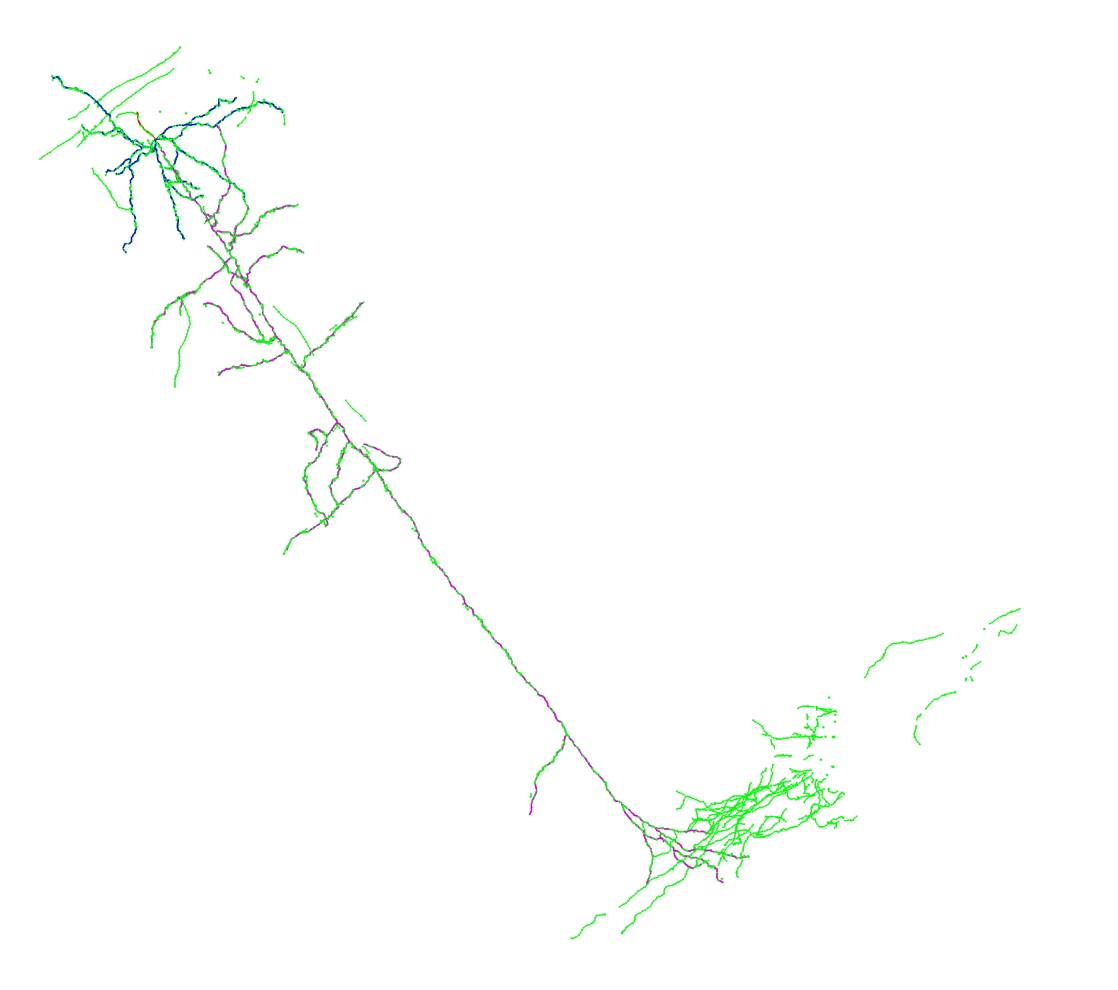