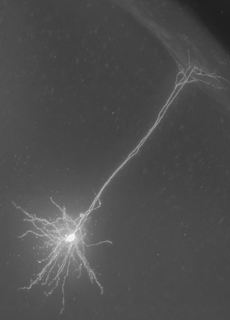 The players traced the neuron relatively well but could have extended multiple dendrite tips further. There were also some tracing errors at cross points of two branches and in areas where the dendrites were particularly curvy. The lack of detail in the curvy sections was a recurring issue. The green portions are the player created traces. The other colors were from the final trace determined by the scientists. Red is axon, blue and purple are basal and apical dendrites. Any long, continuous paths of non-green generally indicate that players missed tracing those paths. 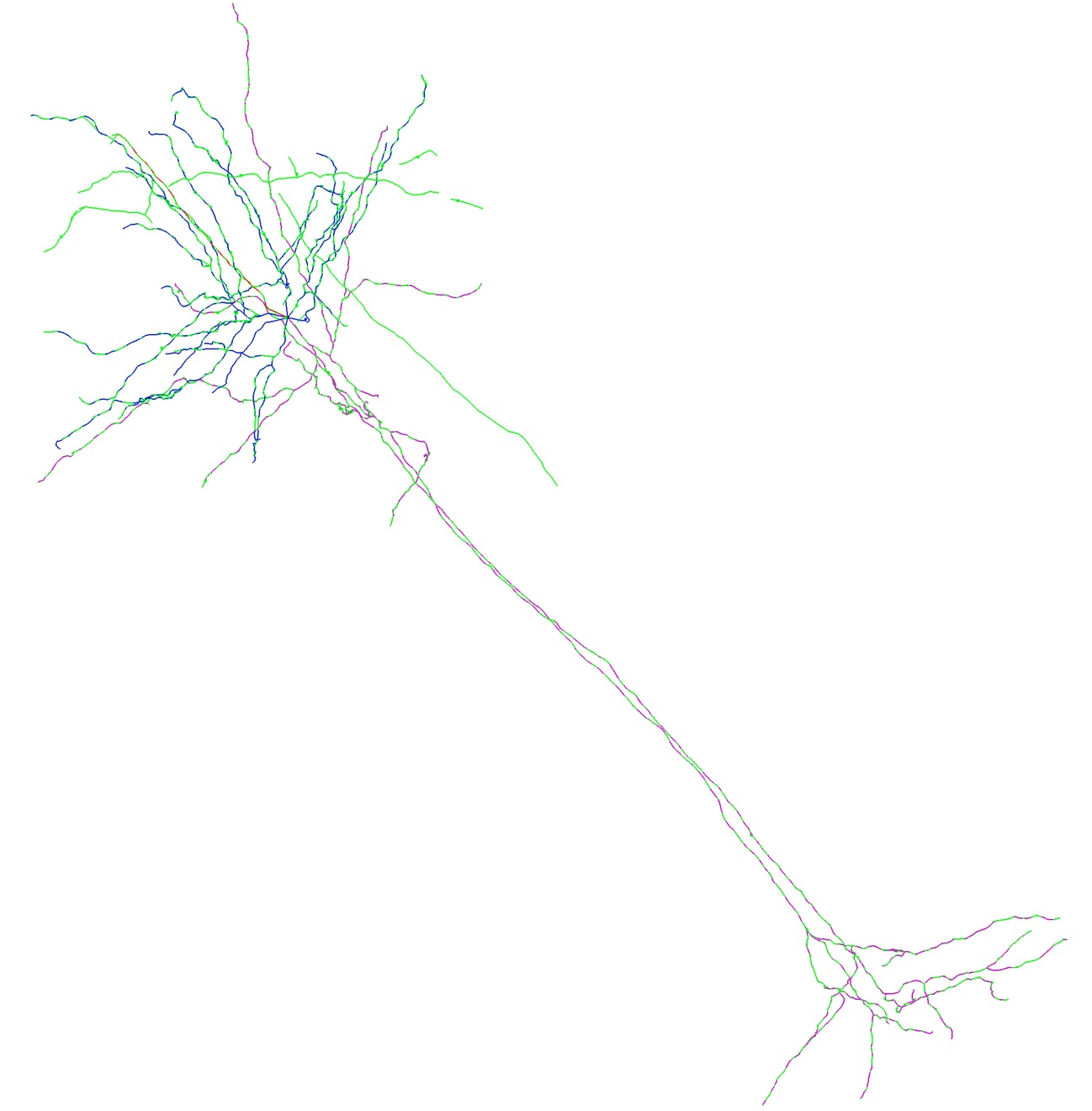