The goal of this project is to learn all the different cell types in the brain, but we already know a lot. For example, most neurons fall into two main categories: spiny and aspiny. Learning the difference between a spiny and aspiny neuron will help you trace more accurately!

A characteristic of all spiny neurons is that their dendrites have small projections called dendritic spines. Spines usually contain a synapse with the axon of another neuron, and having lots of spines increases the surface area available for a neuron to make synapses with lots of other neurons. You do not need to trace spines! Here is an example image to help you identify dendritic spines: 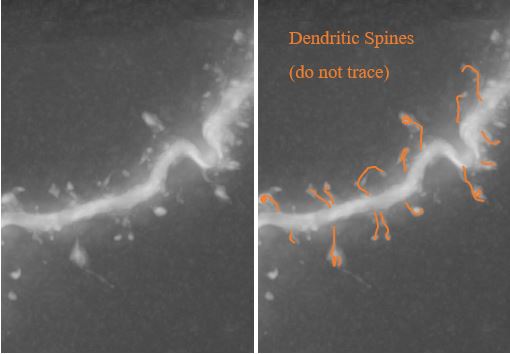 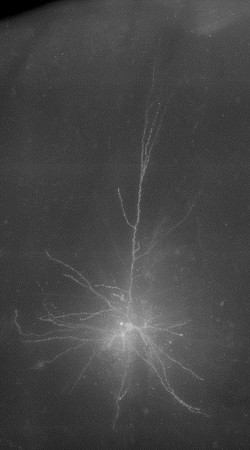 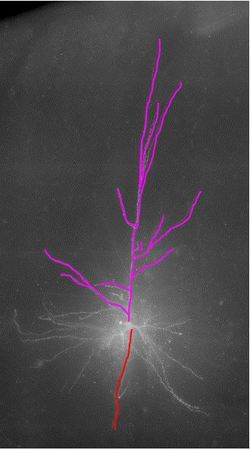 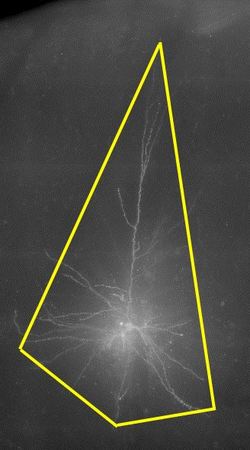 Aspiny neurons also have lots of variety in their shape. Because of their smooth dendrites and the fact that their axon can exit the soma from any direction (or even from a distal dendrite) it can be much more difficult to figure out which neurite is the axon for aspiny neurons.